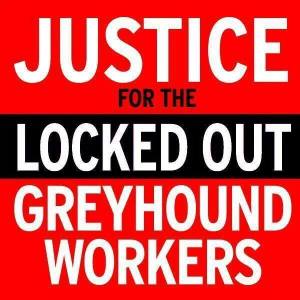 “This City Council deplores the recent Lockout of workers by Greyhound Recycling and Recovery, in an effort to impose grossly inferior terms of employment without agreement. In view of the implications for the continuity and quality of the waste collection service in the City, the Council directs the Chief Executive of Dublin City Council to undertake a review of employment practices among the licensed service providers with particular regard to levels of pay, pension and sick pay provision as well as procedures for the conduct of industrial relations and collective bargaining and to provide a comprehensive report for Councillors as soon as possible. The objective of this review would be to enable the City Councillors to form an opinion of the sustainability of the service as it is currently structured, for the medium to longer term.

The Council also directs the Chief Executive of Dublin City Council to immediately open discussions with the Trade Unions representing the relevant category of workers in the Council’s employment with a view to agreeing arrangements to bring the domestic waste collection service back under direct labour provision on cost effective terms.”

Dublin City Council views the use of agency workers to carry out the work of those workers as deplorable and not conducive to the fair resolution of the dispute.

To support any citizen who is of the similar view and uneasy about his/her waste being collected by agency workers, the council directs the Chief Executive to open Dublin City Council waste disposal facilities free of charge to any Greyhound customer who wishes to dispose of his/her waste him/herself rather than have it collected by Greyhound agency workers until the current dispute is over.

However, the Chief Executive indicated that the opening of DCC facilities free of charge to all Greyhound customers would cause undue financial liabilities to DCC and he would not be able to implement the request.  He would however write a report on the financial implications and make it available to the chamber. 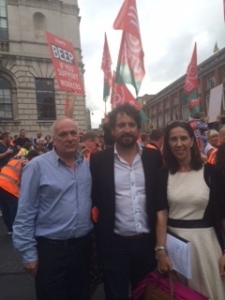 One response to “Greyhound Dispute”